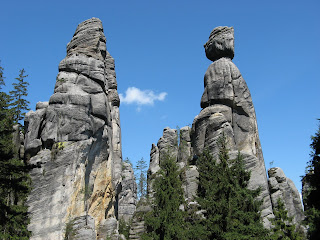 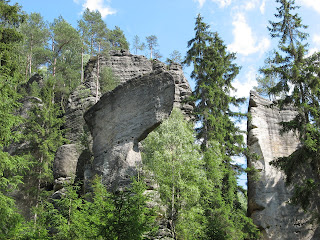 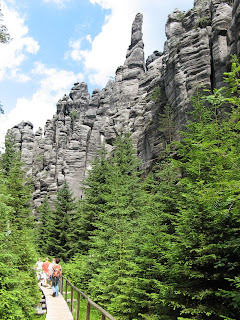 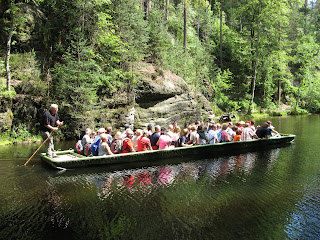 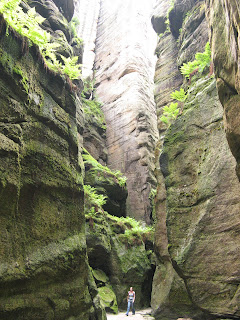 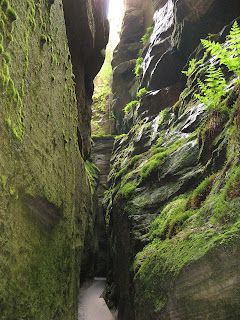 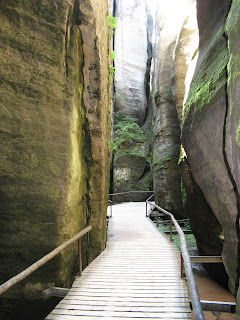 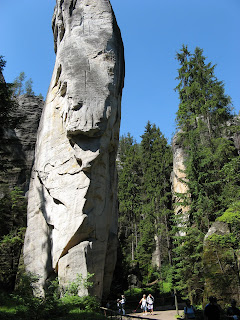 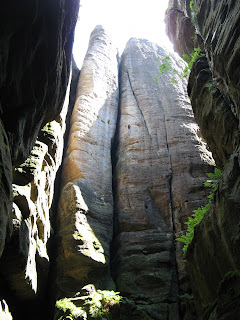 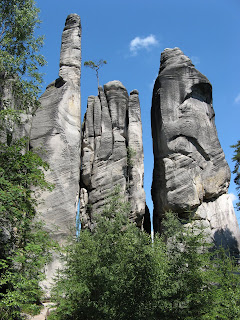 The fantastical rock formations of Adršpach-Teplice are undoubtedly one of the most unique natural attractions the Czech Republic has to offer. Tucked away in a quiet corner in the north of the country near the Polish border, the two 'rock cities' receive far fewer international tourists than they deserve. There are several different locations scattered around the Czech Republic which can boast bizarre limestone rock formations (The Czech Paradise, Bohemian Switzerland National Park, Kokořinsko) but those found near the small villages of Adršpach and Teplice nad Metuji are probably the most impressive when taken as a whole.

To give an idea of the scale and appearance of these 'rock cities', imagine walking through a canyon just a few metres wide where pinnacles of stone rise like office towers on all sides, some of them reaching up more than 25 metres with trees clinging to their sides. A unique ecosystem exists in these clefts between the massive stones, attracting large ferns and unusual plant formations which thrive in the cold, damp environment. The paths along the canyon floors will lead you across tiny streams, past raging waterfalls and up and down a series of metal ladders attached to the rocks. The stone formations that tower above you often have shapes that resemble objects or human figures, hence they have been given colourful names such as 'The Dwarf', 'The Lovers', 'The Mayor and His Wife', 'Smetana Playing the Piano', 'Grandma's Armchair', 'Goethe's Table', and 'Butcher's Axe'. The trails are well-marked and don't involve any difficult climbing or scrambling, so people of all ages can be seen walking among the stone formations. Between the two rock cities there is a small lake where rafts are waiting to ferry visitors across to the other side. The oarsmen who steer the boats sing traditional songs and tell jokes to entertain the passengers during the crossing. One of the most memorable portions of the trail is the region called 'Siberia' in the Teplice rock city. The name is fully appropriate since this is the coldest and narrowest of the canyons, with blades of rock soaring up on both sides so that little light reaches the path floor. Ferns grow out from every surface reaching for the sun far above.

It is possible to see the best stone formations in both rock cities in a long day if you start early enough. Both are equally worth visiting, though perhaps Adršpach has a slightly more impressive set of geological oddities. A route starting from the train station in Adršpach leads past a small lake and then follows a green-marked path into a pine forest before emerging in a grove with the first of the formations. A circular loop path takes in the best of the Adršpach rocks and can be completed in one or two hours depending on your pace. A yellow-marked path connects the two rock cities, while a blue-marked trail makes a loop that includes the highlights of the Teplice formations. Along the Teplice trail it is worth making a diversion up a series of steep ladders to see the remains of a rock fortress called Střmen which was built by Hussite soldiers. An ideal place to finish a walk is at Teplice nad Metuji Skaly, where there is a train station as well as a number of good restaurants and hotels. A plentiful assortment of accommodation and eating options can also be found in the village of Adršpach. The rock cities are typically packed with Czech, Polish and German tourists during the peak summer months, but if you can visit in the off-season times of early spring or late autumn you'll be able to experience the walk with less waiting time at ladders and narrow sections of the canyons. Visiting in winter is also possible, when the canyons take on a completely different appearance under a heavy blanket of snow.
Posted by Goulash Train at 2:23 PM