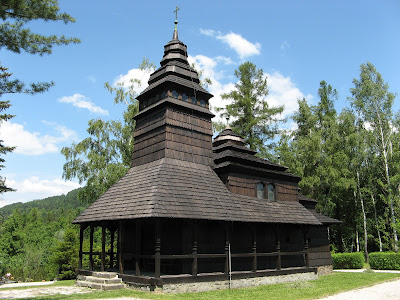 This beautiful church now stands on a small hill in the village of Kunčice pod Ondřejníkem in the Beskydy region of northern Moravia. The story of its history begins far to the east in present-day Ukraine in the region of Subcarpathian Ruthenia, a territory which was part of Czechoslovakia between the two world wars in the early 20th century. It was constructed in the small Rusyn village of Hlinance at the end of the 17th century or the first years of the 18th century, and was consecrated as a Greek Catholic church dedicated to the Archangel Michael. By the early 20th century the church was in very poor condition and was replaced by a modern church in the village. 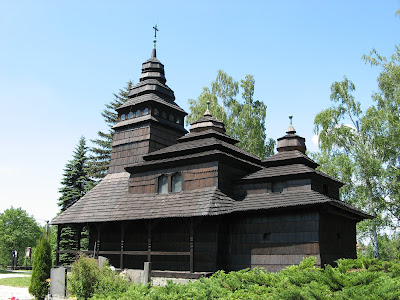 At this time the wealthy owner of a mining company in Ostrava, Eduard Šebela, approached the villagers of Hlinance and offered to buy the church and have it moved to Kunčice pod Ondřejníkem where he had his summer retreat near the Beskydy mountains. Records show that Šebela paid 24000 Czech crowns for the church, but this was likely the cost of having it dismantled and transported by rail to the site in Kunčice rather than a payment to the villagers. 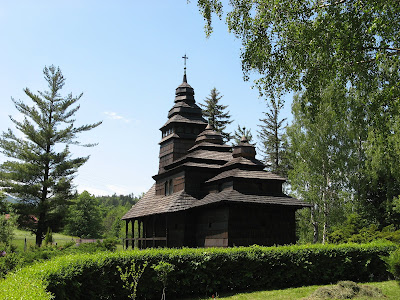 Following its reconstruction in the new location in northern Moravia, the church was reconsecrated and dedicated to St. Prokop and St. Barbara, the patron saints of miners, reflecting the business interests of the new owner. The church was then used as the location for the wedding of Šebela's daughter. 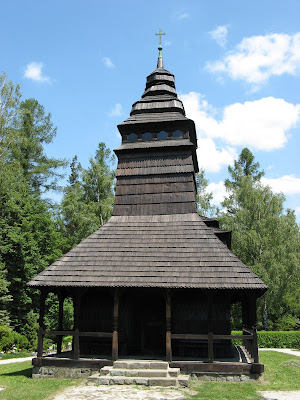 By the 1980's the church was again in poor condition, but it underwent extensive renovation in the early 1990's. The interior of the church contains the original iconostasis, which was carefully restored by specialists in 1992. The church was broken into by thieves in 1994 and again in 1995, with the loss of several icons, paintings and a tabernacle. 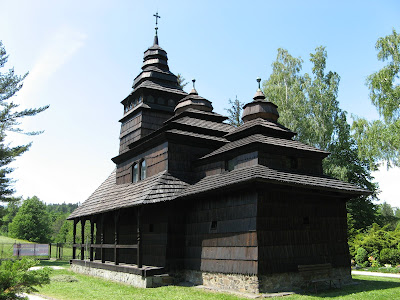 The interior of the church can only be seen during services and other special events, but a visit to the church and its surrounding cemetery is still very worthwhile at other times. The village of Kunčice pod Ondřejníkem is reachable by train directly from Ostrava or the nearby town of Frenštát pod Radhoštěm, which has onward train connections to many parts of the Czech Republic. 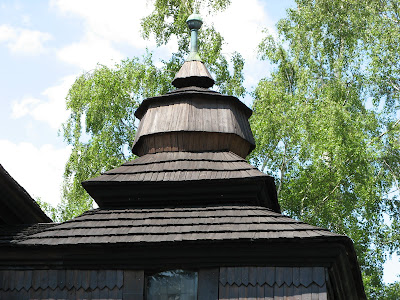 Posted by Goulash Train at 8:39 PM