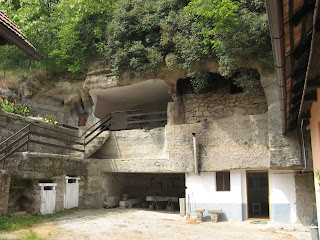 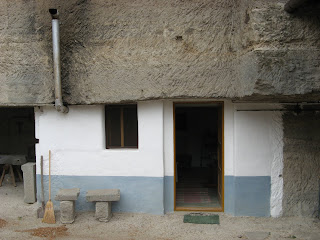 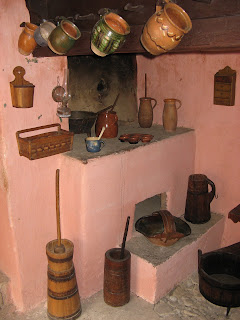 Brhlovce is a small Slovak village found a few kilometres east of the city of Levice. The village is remarkable for its collection of cave houses carved out of the face of a cliff, many of which are still inhabited today. One of the houses has been converted into a museum, which consists of a stone house with an enclosed courtyard and several rooms carved out of the cliff at the back of the courtyard. According to local belief, during the Ottoman invasions of the 16th and 17th centuries the villagers decided that they would try to 'hide' their homes in order to make them less visible to the invading Turkish troops. The soft volcanic-ash soil of the cliff-faces that surround the village were easy to carve out, and when the cave homes were completed they had the added advantage of being more easily defended than normal homes and more resistant to being burned down. The village is set in beautiful rolling countryside, and also features several folk cottages and a historic manor house. The village can be reached by bus from Levice, with several departures daily.
Posted by Goulash Train at 1:13 PM