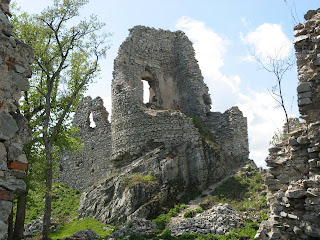 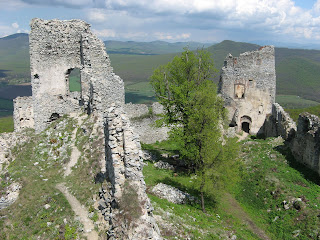 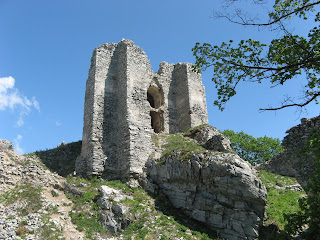 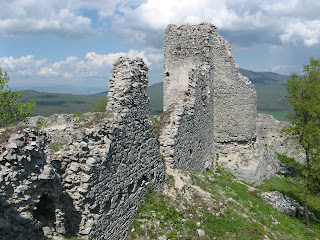 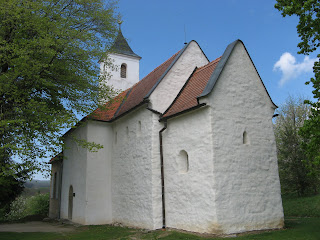 This large castle ruin sits on a wooded hilltop above the village of Jelenec in the Tribeč mountains, about 20 kilometres north-east of the city of Nitra. The current structure dates from around 1270, when it was constructed as a Gothic palace, although it was built on the site of an earlier fort. The first owners were the Forgách family, who controlled the castle for several centuries. A peasant revolt against worsening living conditions and increased taxes in 1610 had to be suppressed by force by the Forgáchs. The Ottoman Turkish armies conquered the castle in 1530 and caused significant damage to it, and it was conquered again by the Turks in 1663. Following this period it was fully reconstructed and it remained in use up until the mid-19th century, when it was abandoned and slowly fell into ruin. Today many parts of the structure remain intact, including several tunnels, standing arches and a chapel. The castle is slowly being reclaimed by the forest, and large trees are growing all through the structure.

The castle can be reached on foot following the walking trail from the village of Jelenec, it's about a one hour walk up through the forest. Another access point is from the village of Kostoľany pod Tribečom, which is considerably closer to the castle and has a path leading there that requires a hike of about 45 minutes. In the village of Kostoľany pod Tribečom there is an another worthwhile attraction to stop and see, the 11th century Romanesque church of St. George, which features design elements typical of the Great Moravian Empire period. Both Jelencec and Kostoľany pod Tribečom are accessible by bus from Nitra, with regular buses stopping in Jelenec which is near the main road heading east towards Banská Bystrica.
Posted by Goulash Train at 1:46 PM