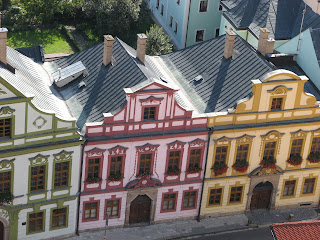 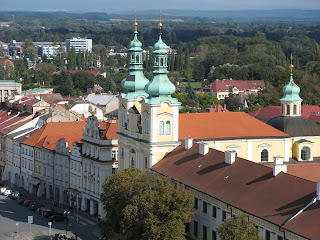 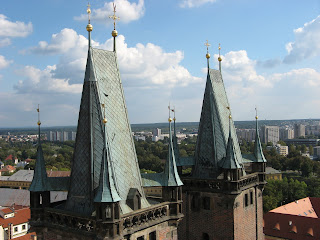 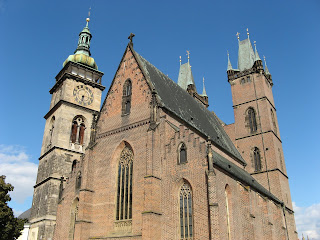 Climbing a church tower for a panoramic view is a common part of sightseeing in central Europe, nearly every town of note has a tower which is open for visitors to climb. Scaling the hundreds of steps to the top is often a challenge, and sometimes you have to pass directly next to or under a giant bell that may begin to ring at the exact moment you are passing.

The bell tower in Hradec Králové, known as the 'White Tower', is 71 metres high, and contains the country's second-largest bell. The 16th century tower also features an unusual clock face with a long hand that tells the hour, and a shorter hand that tells the minute. Standing on the observation platform at the top gives a dramatic view over the old town square and the surrounding streets featuring many buildings with gothic, renaissance and baroque facades. Outside the old town and across the river is the new town, composed of buildings constructed between the two World Wars in the Rondo-Cubist style by such architects as Josef Gočár and Jan Kotěra. Beyond this in the distance you can see socialist-era architecture which is typical of the region's larger cities.

Hradec Králové is a worthwhile day trip from Prague or Olomouc, but the city also provides access to the Krkonoše mountains and the Ardšpach-Teplice rock cities to the north, so using it as a base for a few days is also a good option.
Posted by Goulash Train at 1:42 PM